Sightseeing Tour of the Monasteries of the Holy Mountain Athos and fun at Banana beach on Ammouliani island. (Lunch included)

Enjoy an Ormos Panagias to Mount Athos and Ammouliani cruise. Sightseeing guided tour to the West side of Mount Athos peninsula an UNESCO World Heritage Site. A full of experience cruise to Mount Athos you can’t miss. Have fun at Banana beach on Ammouliani island, Relax, Swim, Taste, Enjoy the moment and get the best memories.

During this route, you will be able to be tour guided and see 4 monasteries: Holy Monastery of Dochiariou, H.M. Xenophontos, H.M. Panteleimonos (Russian Monastery), H.M. Xiropotamou, the central port of Mount Athos Daphni.

A tour by the Monasteries and a stop for a swim

Departure from Ormos Panagias to Mount Athos and Ammouliani

The vessel “Agios Georgios” and “Profitis Ilias” depart at 9:30 from the port of Ormos Panagias to Mount Athos and Ammouliani island, the tour lasts approximately 7.5 hours. Embarkment starts at 8:30. It is wise that the visitors embark 1 hour before the embarkment.

Tour by the Monasteries and straight to a beach

As we depart from Ormos Panagias to Mount Athos and Ammouliani the schedule is announced from the speakers and there is an update on board. The route to the first monastery lasts 2.5 to 3 hours during which you can enjoy the cruise looking at both the Sithonia Peninsula and the Mount Athos one embracing the Siggitikos bay. If you have a look at the blue sea, you can spot dolphins which usually accompany us on our trip and at the same time you will learn about the history of Mount Athos through the guided tour which is head on board from the speakers.

During this route, you will be able to be tour guided and see 4 monasteries: Holy Monastery Docheiariou, H.M. Xenophontos, H.M. Panteleimonos (Russian Monastery), H.M. Xiropotamou, the central port of Mount Athos Daphni.

There is a stop at about 13:30 at Banana beach on Ammouliani island. It is a remarkable place mixing the light blue and green colors which are equally attractive to many exotic destinations colored in turquoise. You will be able to relax there for 2 hours using sunbeds and under the shade of umbrellas, there is a beach bar where you can order anything you desire besides the menu you have already bought.

The area is also ideal for those who love exploration and hiking since in its Southern part at the top of the mountain which is approximately 90m tall and 200m long of dirtroad, there is a spot were you will be surely speechless by the panoramic view of the island, the open sea the Sithonia and the Mount Athos peninsula. 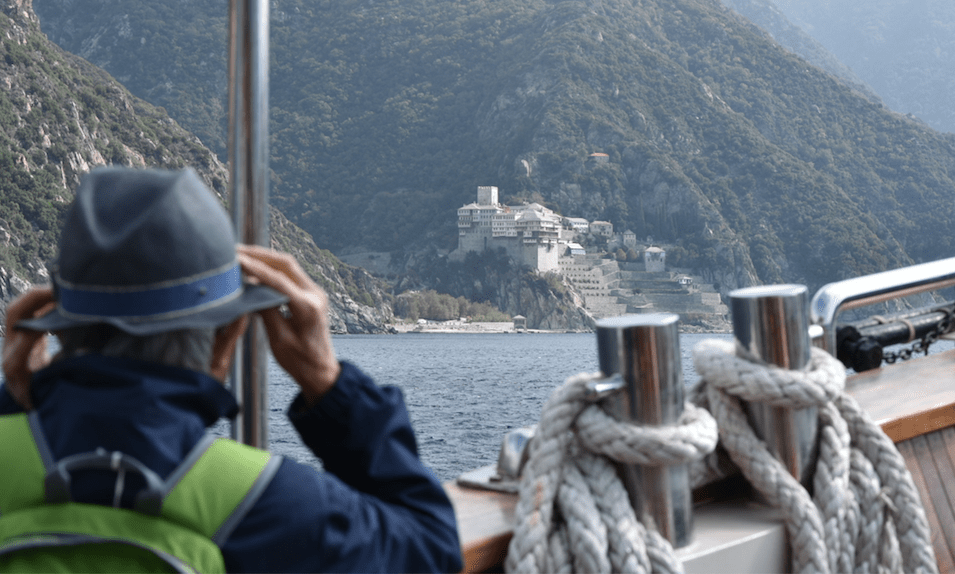 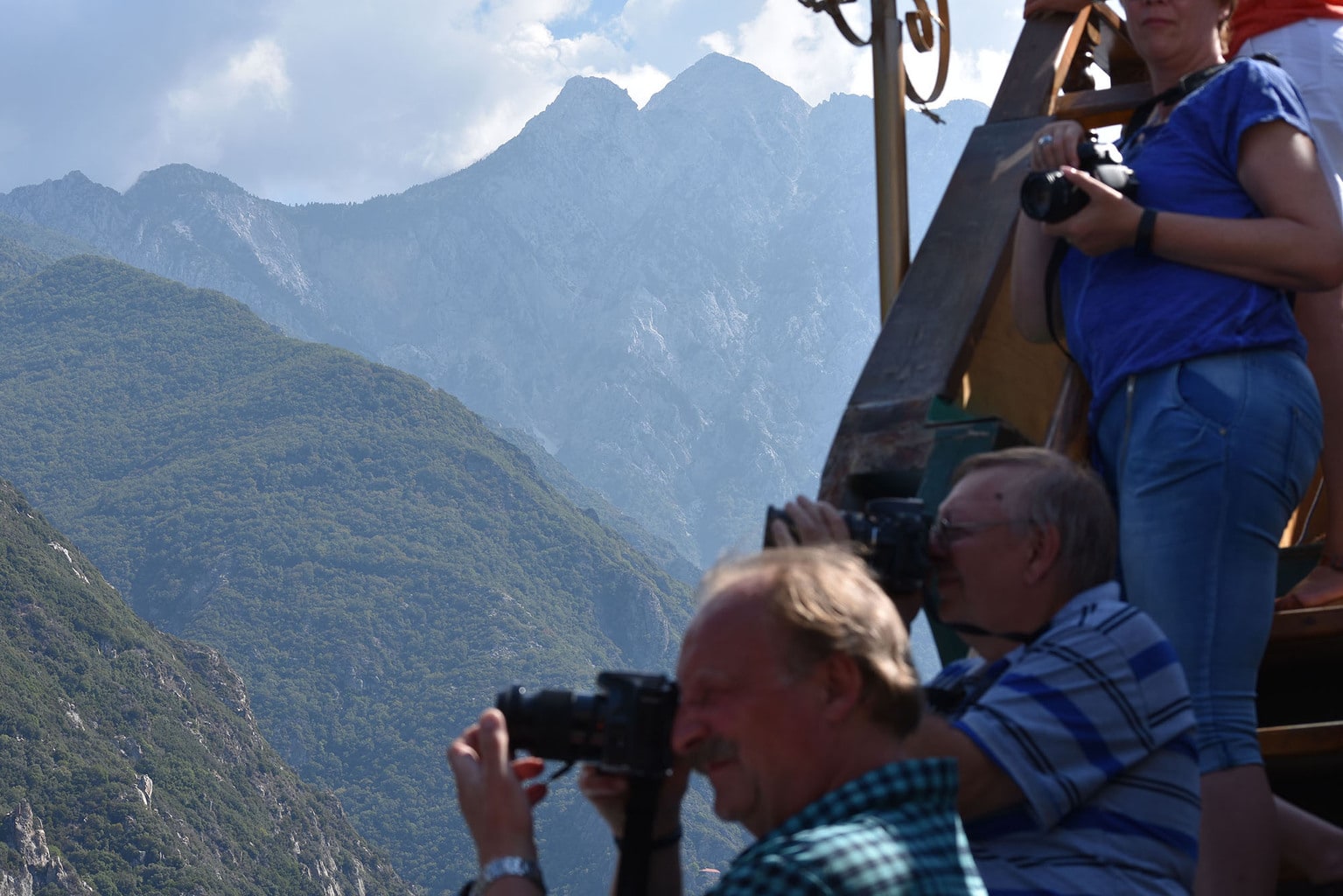 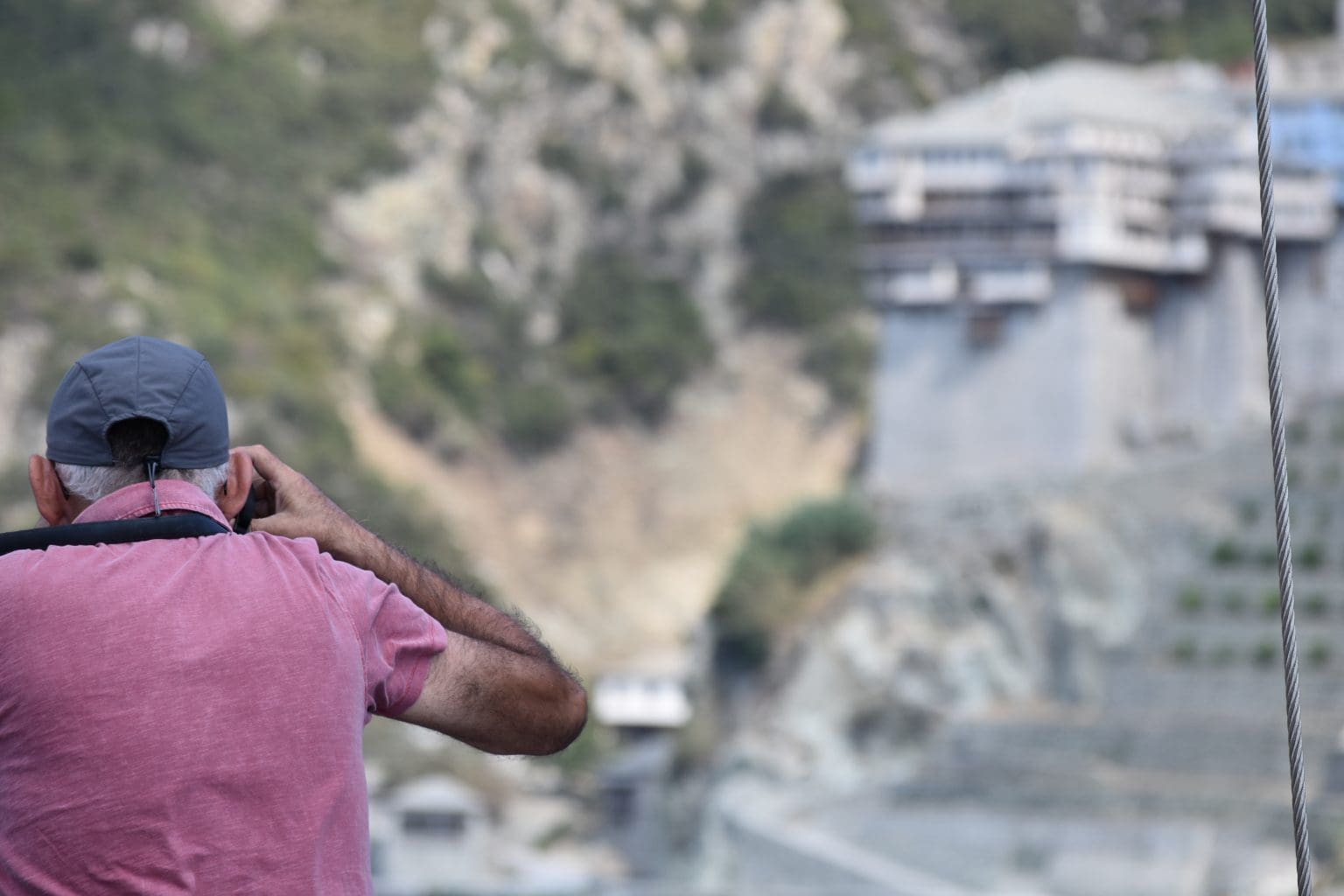 Music and Dancing on our way back

After 2 hours of relaxation, food and exploration the vessel departs for its last trip today, whose destination is Ormos Panagias and it will be reached in 1 hour and 30 minutes.

During the trip our bouzouki player will play and sing for you traditional songs with a Greek aroma. He will be among you so that you will be able to take pictures with him and enjoy his music. Arrival at Ormos Panagias is due at about 17:00. 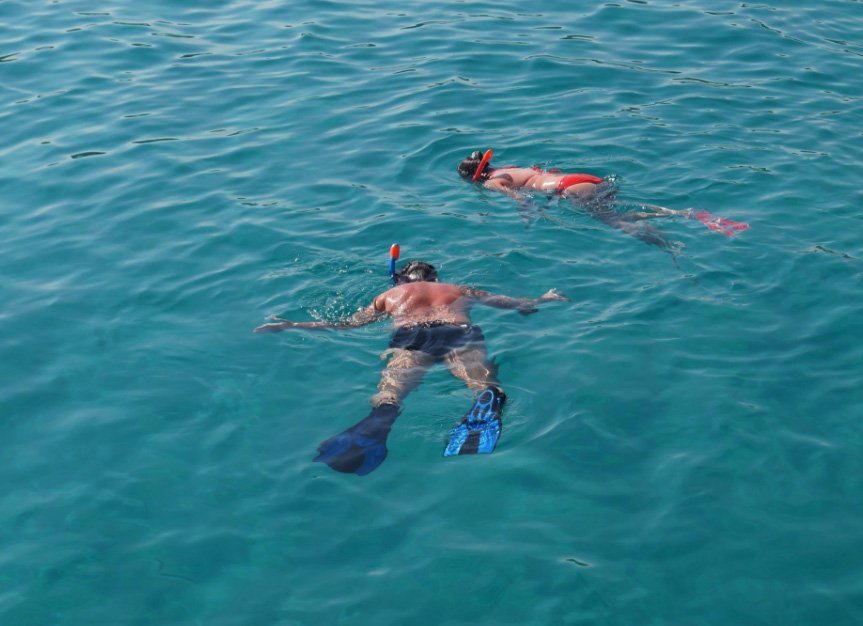 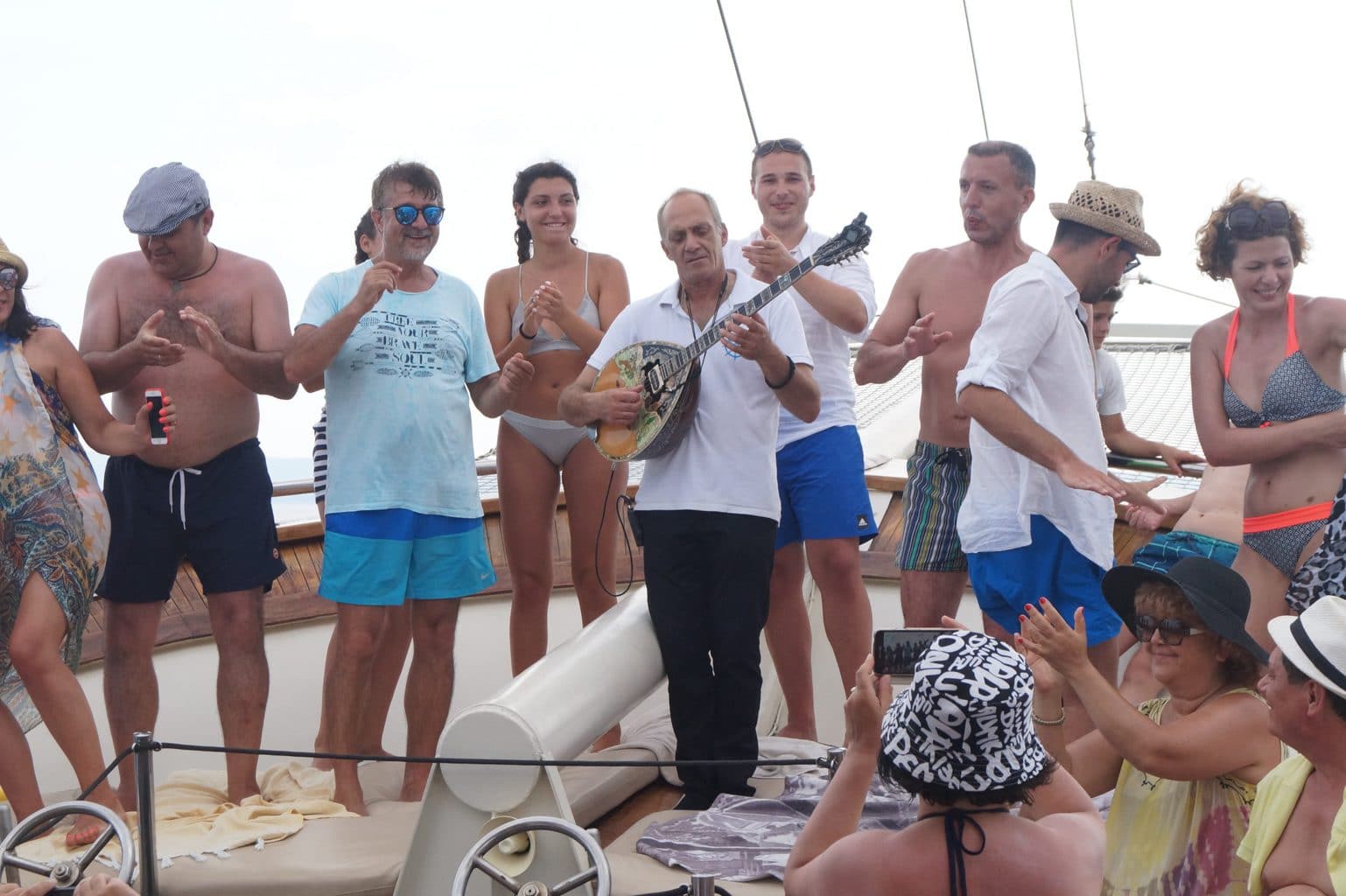 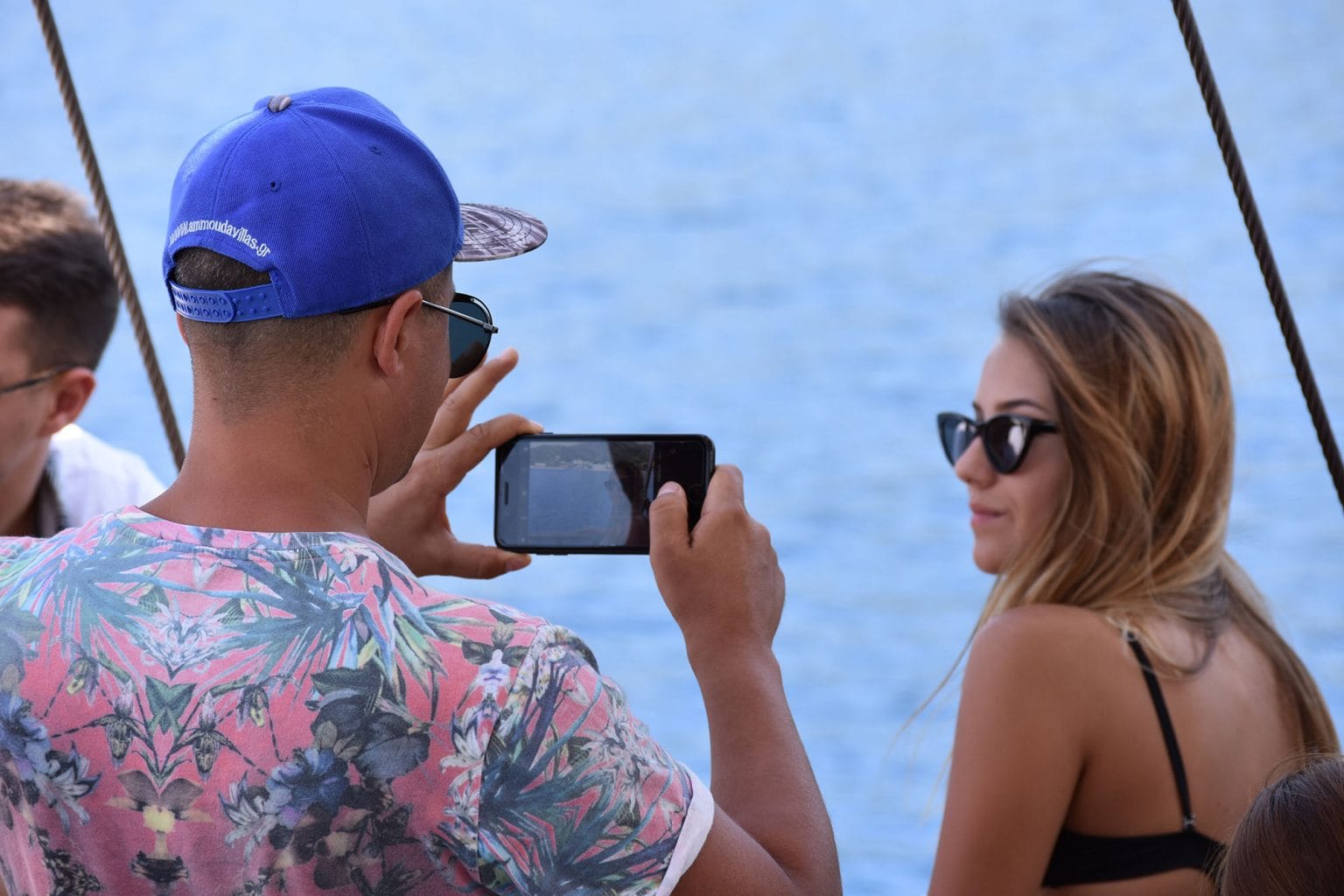 Sure there are! For example, if you buy an Ormos Panagias to Mount Athos and Ammouliani cruise online you will get one email with your online tickets you already bought and another one with an online discount coupon for your next cruise you’d like to choose.
a

Is Ormos Panagias to Mount Athos and Ammouliani a family friendly tour?

Is Ormos Panagias to Mount Athos and Ammouliani a pet friendly tour?

Ormos Panagias to Mount Athos and Ammouliani cruise is a pet friendly tour, just bring with you your pet’s necessary equipment.
a

Sure there are, if you’ll buy an Ormos Panagias to Mount Athos and Ammouliani cruise ticket from our official website you will get a 10% discount in the check out, carefull, that’s available for our online tickets.